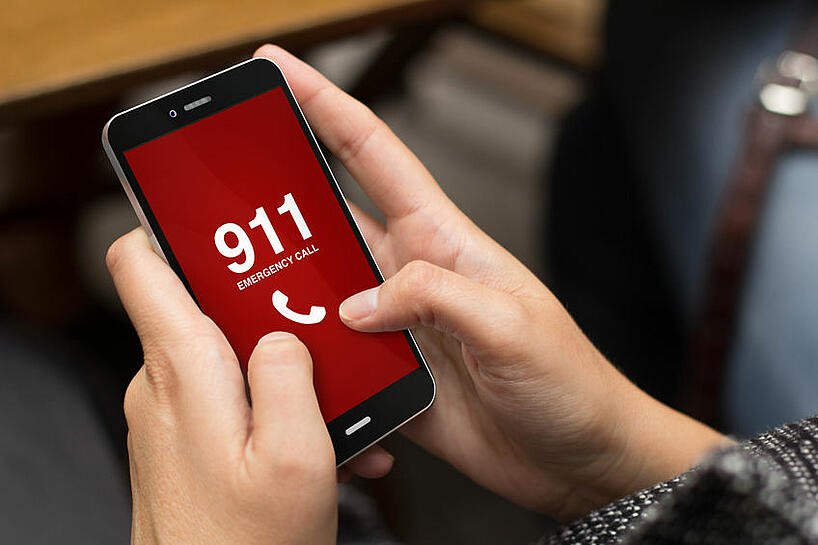 Several years ago, I was involved in an overseas project to implement emergency services similar to our 911 service in the United States.  While working on that project, I was surprised to learn that the emergency services in the United States are considered to be the “gold” standard in the international community.  It seems that our brothers and sisters in other countries regard our 911 infrastructure to be something to model.

The Pitfalls of Current 911 Technology

Many people assume that with today’s technology a 911 center can quickly and easily identify and locate a caller. Unfortunately, what people don’t realize is that almost 90 percent of the Public Safety Answering Points (PSAPs) in the United States still rely on technology from the 1970s for location identification for 911 calls.

The problem is that the original 911 technology was borne from the capabilities available at the time – before caller ID, before digital communications, before Skype. Back then, all phones were landlines, and the phone company maintained the billing address for every phone number in the North America. To support 911, special circuits called CAMA circuits were created to allow the billing phone number to be delivered with emergency calls to designated PSAPs. It served as the basis of what we now refer to as caller ID. An Emergency Services Number (ESN) was established for every phone number to identify the closest PSAP for the phone.

With this technology, when a 911 call is placed, the ESN is used to determine the closest PSAP to handle the call and the call is routed to that PSAP. The phone number, or ANI, is transmitted to the PSAP “in band” before delivery of the call, as tone signals that are interpreted by the PSAP equipment. The transmission of the ANI delays the delivery of the call by up to two seconds. The PSAP equipment then has the responsibility to use the ANI to access a remote Automatic Location Identification (ALI) database operated by the phone company to retrieve the billing address for the caller.

As wireless technology became more predominant, locating wireless and VoIP callers in this manner was impossible because the billing address for a phone number may not be the same location from which the emergency call is placed. To address this problem, the FCC mandated wireless carriers provide either the location of the closest cell tower or the geographic coordinates (latitude and longitude) for wireless calls to the PSAP. The 911 technology was “adapted” to support to the delivery of this location information by having the wireless carriers populate the ALI database in real-time with location of the mobile phone and using a Pseudo ANI, or PANI, as tones before the call to be used to retrieve the location information. Today, over 70 percent of emergency calls are placed from wireless devices.

Old Technology in a Modern World

In the 21st century, this old technology used by 911 is fraught with problems and limitations. First, the current 911 technology has no way of knowing whether a PSAP has the capacity to handle the emergency calls. The number of CAMA circuits for each PSAP is fixed, so if more emergency calls are received than are available CAMA circuits, the caller gets a busy signal. To make things worse, often the CAMA circuits are segregated by landline and wireless calls so if more wireless calls are received than landline calls, the caller may still receive a busy signal even if landline CAMA circuits are available. Or, if the PSAP is not fully staffed, the caller may be asked to wait until an operator is available.

Second, the location information for the caller has to be retrieved after the call is received causing location delays. For wireless callers on the move, the PSAP must wait 60 seconds to refresh the system to get new location information. Third, there is virtually no exchange of data between neighboring PSAPs unless a mutually agreed upon technical interface has been established and a Memorandum of Understanding (MOU) exists between the two entities. Interoperability between local, regional and state PSAPs is virtually nonexistent. Fourth, and probably most important, the old technology is incapable of handling the new forms of media – text messaging, transmission of images and video, etc.

Next Generation 911 promises to resolve these limitations by providing support for multimedia, nationwide interoperability, and a robust emergency services network able to route communications based upon the capability and availability of resources. But the transition is slow and requires a paradigm shift from the current conventional thinking. Consolidation of emergency call taking and dispatching is the natural evolution of emergency services, but localities are unwilling to participate for fear of losing control of the emergency services for their community.

Eventually, today’s progressive technology will prevail and become the standard for 911. And, only when that happens can the United States legitimately claim to be the leader in emergency services and serve as the model for other nations.