Sep 07 2018 Telecommunicators – The Forgotten First Of The First Responders 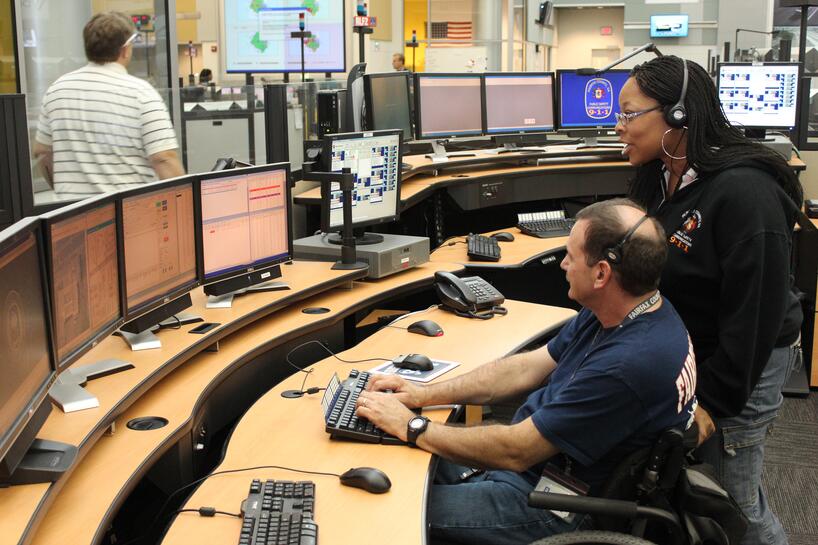 For everyone who dons a uniform and rushes into harm’s way, be it soldier, sailor, marine, airman, firefighter, police officer, or paramedic, public appreciation and accolade is certainly deserved. Having been one, I know and much I appreciated expressions of gratitude and admiration.

There is one group, however, that seems to be forgotten, that are not held in the same regard as others in uniform, that are not as evident in the public eye as the others. Public Safety Telecommunicators are the underappreciated heroes who serve as the communications life line for both emergency callers and the first responders who answer to their beckoning.

The federal Office of Management and Budget (OMB) is reviewing the Standard Occupational Classification (SOC) system that statistical agencies use to categorize the workforce for data collection and disseminating purposes. The classification system considers job tasks, skills sets, training and education requirements, and other factors to group job types into 23 major groups, 97 minor groups, and 461 broad occupational classifications. The revised SOC is slated to be finalized in early 2018.

Public Safety Answering Points (PSAPs) are the entry portal for the public to summon emergency assistance. Those that take the call for help, decide on the appropriate response, guide and direct that response, and remain vigilant throughout the course of the incident to provide assistance and to log and record incident events are the Telecommunicators. Even on self-initiated responses, a Telecommunicator is in communications with the responders, coordinating and logging that response.

On the phone with an emergency caller, they hear the screams of horror, the cries of agony, and the anguish of grief. It is in their training to remain objective and detached, but no amount of training or desensitization stays off the long-term accumulation of stress; dispatchers are at risk for PSTD in a similar way as police officers.  With Next Generation 911 (NG911), they are likely to see the same horrors that confront police officers, firefighters and paramedics.”being continually exposed to graphic, traumatic details of events as part of one’s job does fall into the definition of trauma, which of course fits for telecommunicators.”

Systems and processes employed by Public Safety Telecommunicators have advanced by light years compared to what they used 20 years ago. Computer Aided Dispatching, NG911 telephony, advanced Graphical Information Systems (GIS  mapping), sophisticated data bases for criminal history, hazardous materials, target hazards, vehicle information, and other community intelligence are highly technical and complex systems that require significant training (both initial and on-going). It is safe to say that training for Public Safety Telecommunicators is as demanding as that of a police or fire recruit.

Public Safety Telecommunicators are the access point for community emergency response, mitigation, and recovery. They serve both the public and the other first responders on both sides of an emergency call, 24 hours a day, 365 days a year. They are part of a community’s emergency response system, for nothing happens without them. It is time for them to be recognized for the benefit and value they provide.

MicroAutomation stands in support of our Public Safety Telecommunicator workforce. They must be included in the SOC of First Responders, for the recognition they deserve, for the access to health benefits they require, for compensation appropriate to their KSA’s (knowledge, skills, aptitudes), and for the protections granted to other public safety officials. Truly, Public Safety Telecommunicators are the “First of the First Responders.”