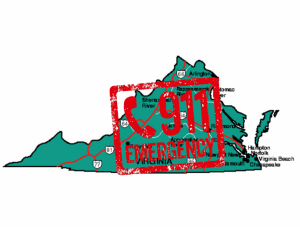 As States finally begin to adopt the Next Generation 9-1-1 (NG9-1-1) standards, I am surprised at the amount of disinformation spreading around the Public Safety Answering Point (PSAP) community. Most notable is the recent article in The Free Lance-Star in Fredericksburg about the Caroline County, Virginia opinions about the State-mandated 9-1-1 Services Upgrade. What’s most shocking about this article is the fundamental misunderstanding that exists of the mandate by the Commonwealth of Virginia’s mandate (via the Virginia Information Technologies Association VITA) for the deployment of NG9-1-1.

Fundamentals of NG9-1-1  The Background

Before I elaborate on the gross misconceptions with the VITA mandate, it is important to review the components that make up a Next Generation 9-1-1 solution. In its simplistic form, NG9-1-1 consists of two primary components:

1) The Emergency Services IP Network (a.k.a. ESINet)
2) The NG9-1-1 enabled PSAP.  Both are necessary to have a fully operational NG9-1-1 environment

The ESINet ensures that a 9-1-1 call or equivalent communication (e.g. text message) from a citizen requiring emergency services is routed to the best PSAP to handle the call, ideally with an accurate location for the caller.

Both components utilize a standard communication protocol called Session Initiation Protocol (SIP) for delivery and receipt of the emergency call. SIP provides a multimedia transport for communications using Internet Protocol (IP) similar to Voice Over IP (VoIP). Since the current telecommunications infrastructure in North America is predominantly traditional analog and digital technology, major upgrades to the infrastructure are required to properly migrate to NG9-1-1.

The key point to this NG9-1-1 primer is that the ESInet is the communication infrastructure that ensures a 9-1-1 call from a citizen gets to the right PSAP, and the call handling solution is the system in the PSAP that allows call takers and dispatchers to handle the call.

In 2015, VITA commissioned a study from Mission Critical Partners (MCP) to determine the most cost-effective and expeditious way to operationalize a NG9-1-1 infrastructure in the Commonwealth of Virginia. The recommendation of the study was to establish a statewide ESInet to support NG9-1-1 in the Commonwealth. And, MCP further opined that such an initiative, in order to be successful, would be best be implemented by a single vendor.

In 2016, Fairfax County in Northern Virginia used the results of the MCP Feasibility Study to issue an RFP to establish an ESInet for the National Capital Region (NCR) consisting of Fairfax, Loudoun, and Prince William Counties in Virginia. AT&T was selected as the preferred vendor to establish and operate an ESInet in the region. Subsequently, VITA awarded AT&T a contract to replace the legacy Verizon 9-1-1 call routing network in the Commonwealth of Virginia with an NG9-1-1 ESInet with Next Generation Core Services (NGCS) using the Fairfax County contract.

The important distinction of this decision is that the VITA initiative to establish a statewide ESInet does not include a mandate for PSAPs in Virginia to use AT&T for their call handling solution. As has always been the case, Virginia PSAPs are allowed and encouraged to select whichever call handling solution they desire to implement in their own PSAPs. Ideally, such a solution should be NENA i3 compliant so that it can easily connect to the statewide ESInet. Fortunately, many 9-1-1 vendors offer NENA i3-compliant NG9-1-1 solutions for PSAPs. Interoperability with the ESInet can be easily determined by each vendor’s participation in the NENA Industry Collaboration Events (ICE) conducted by NENA with the sole purpose to ensure interoperability with NG9-1-1 systems.

So, What’s the Real Story?

As PSAPs in the Commonwealth of Virginia consider their options for transitioning to NG9-1-1, they can be assured that the VITA statewide contract still grants them the ability to operate their PSAP the way they want to. In particular, this freedom extends to their choice for a call handling solution. Compliant NG9-1-1 call handling solutions in the market may vary in usability, flexibility, and total cost of ownership, but they all support the NENA i3 standards for NG9-1-1, and they all will be able to interface with the future ESInet in the Commonwealth. So, PSAPs in Virginia, don’t despair your right to choose is still protected!